vet care for a variety of animals

vet care for a variety of animals 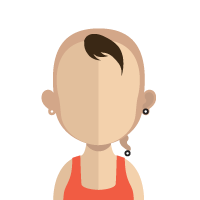 I have 3 dogs, 4 cats, 2 ferrets, 3 turtles and 6 ducks that are all members of our family. We love these animals as we love each other. Because of this, we are sure to take every one of our pets to the vet anytime they are sick. Sometimes, the care that they need is something that we can do ourselves, but other times, they need to be seen by someone with the training in animal medicine. My website includes some information to help pet owners get a general diagnosis for what may be ailing their pets and a few tips for taking those pets to the vet.

If you live in a rural area or you visit a hiking area or campground with your pet dog, there's a chance that the animal could come into contact with poison ivy. While keeping the dog away from this plant is always your best bet, an off-leash dog could easily run through a poison ivy patch and end up with the plant's oil on its fur and skin. Like humans, dogs can have mild reactions to poison ivy that go away on their own. Unfortunately, there's also a chance that your dog could have more of a severe reaction to this plant that necessitates a veterinary clinic visit to receive care. Here are some indicators that you should watch for.

If your dog has a serious case of poison ivy, it will likely have a lot of skin redness. Depending on the type of fur the animal has, it might initially be difficult to see the pet's skin. Before you touch your pet in an affected area, you should put on rubber or vinyl gloves. You can then gently move the fur aside in different areas to take note of the animal's skin. If you notice redness that looks like a rash, this can often be a sign of poison ivy.

Mild and moderate cases of poison ivy can often result in red patches on the skin, but more serious encounters can have other visual indicators. Depending on the level of your dog's exposure to poison ivy, it may actually have blisters on and around the red areas on its skin. When the dog scratches these blisters, they'll often break open, which can result in a number of small open wounds on the dog's body. Not only are these wounds uncomfortable, but they can also become infected as a result of the pet's frequent scratching. Upon noticing any of these signs, visit your veterinarian for help.